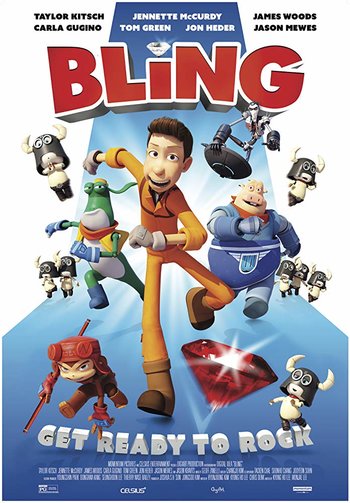 In the future where robots and humans live side-by-side, an amusement park mechanic named Sam 'O' Malley is preparing and planning to show his Childhood Friend Sue the time of her life before he pops the question to marry him. Unfortunately for him, he's a bit of a Cosmic Plaything, as either his robotic actors/friends unintentionally mess up his efforts, or something goes wrong that manages to endanger people somehow. At the same time, a supervillain named Oscar and his Hypercompetent Sidekick Viktor are running rampant, trying to fulfill Oscar's quest for Mayor Catherine's (Sue's aunt) affection. Coincidentally, the two both buy rings to help propose to their respective objects of affection, and due to a mix up, are after each other to retrieve what they think are their own rings during Valentine's Day. This of course leads to an adventure where Sam and his robots become real heroes.