Strapped to a Rocket 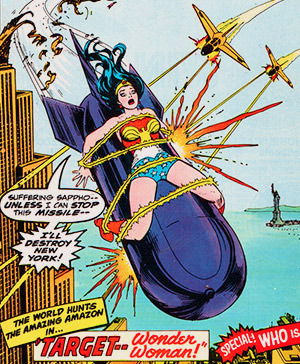 The Damsel in Distress (or Distressed Dude) is in the clutches of the Evil Villain. Now to dispose of them. A classic way is to strap them to a rocket just before shooting them off.

This, like most death traps piles on the drama and allows the hero to escape just in the nick of time.

Sister Trope to Strapped to a Bomb; the two can occasionally overlap. A favorite of evil mad scientists everywhere. Compared Rocket Ride and Riding the Bomb.