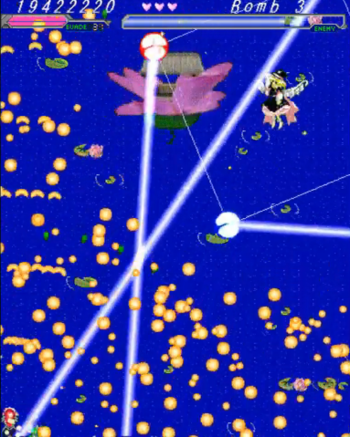 Trust us, it's harder than it looks.

Just like its sister series, Seihou has some nasty bosses up its sleeve.