That One Boss / Shoot 'em Ups 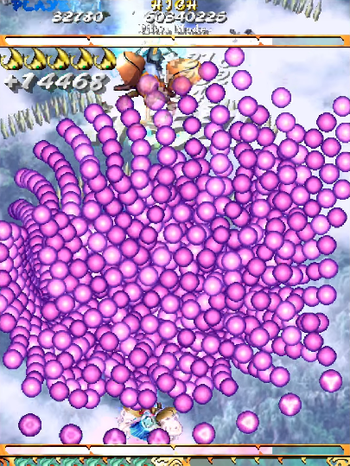 "If you're at this page, you're either (a) curious, ,(b) heard rumours about Titanic Lance or ,(c) foolish enough to wander into Zone M. If you belong to the first two categories, may this serve as a suitable deterrent to meet him. If you belong to the third category....well, so do I, so I will refrain from commenting on you."
—This page

Brush up your bullet-dodging and panic-bombing skills for these game-ending bosses.

NOTE: Final Boss and Wake-Up Call Boss cannot be That One Boss without being overly hard by their standards. Please do not add them as examples. Bonus Boss is banned from being That One Boss entirely. It's supposed to be overpowerful by definition and it's completely optional to fight them.

Shmup games with their own pages