That One Boss / Pokémon 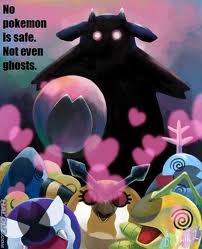 Behold the tales of Pokémon bosses, Gym Leaders, and Grand Masters for whom laughter at the player's expense flow more readily than the water in the Eclo Wastes. To make a long story short, these are the reason why Gym Guides exist.

Generation I: Red, Blue and Yellow, plus FireRed and LeafGreen

Generation II: Gold, Silver and Crystal, plus HeartGold and SoulSilver

Generation V: Black and White and Black 2 and White 2