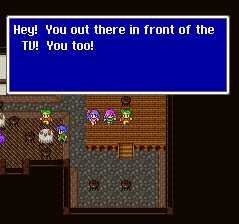 Yes, they're talkin' to you.
And so are we.
Advertisement: