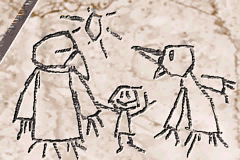 Even if you're the most hardcore xtreme gam0r to ever walk the planet, these scenes will make you want to reach out and hug your console. No other medium can so effectively force a viewer to empathize. Keep tissues handy.

Series and games with their own pages: