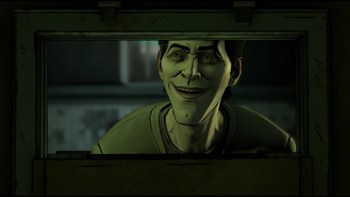 John Doe is reunited with his best friend.

The world of Batman may be cold, but this shows there's still some kindness to it.