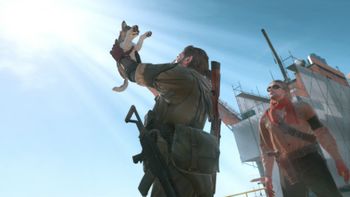 Come out of the garden, baby / You'll catch your death in the fog / Young girl, they call them the Diamond Dogs...
Even in the darkest Metal Gear game ever, there's still heart warming moments.