Heartwarming / The Legend of Zelda: Breath of the Wild 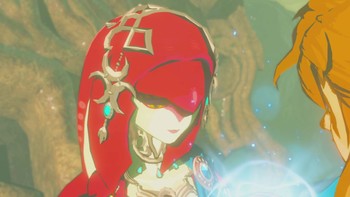 "If anyone ever tries to do you harm...then I will heal you."