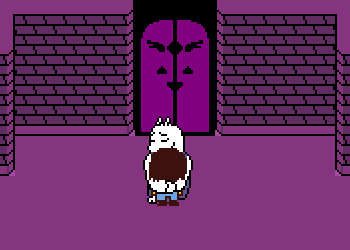 "...Be good, won't you?"
"seeing the hope and happiness that undertale has brought to people...
it fills me with determination."
—Toby Fox
Advertisement:

Undertale is very well known for touching people's hearts, and these moments definitely prove so.

SPOILERS ARE UNMARKED, READ WITH CAUTION!