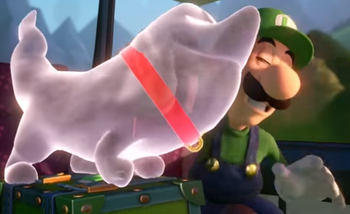 Unconditional love.
All spoilers are unmarked!