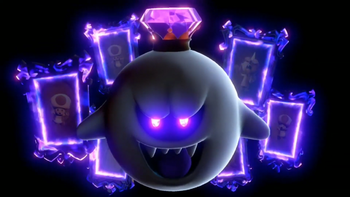 Good Night!
All Spoilers Are Unmarked!