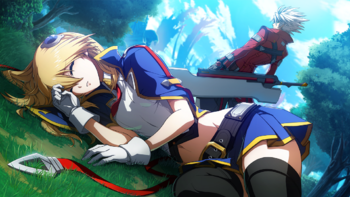 Even if Ragna is a wanted criminal with a Sinister Scythe, these moments show his true side.

Warning: Spoilers Off applies to Heartwarming pages. Proceed at your own risk.