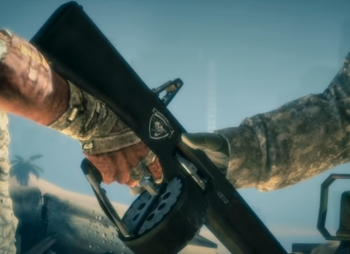 It's over... Time to go home.
"No matter what happens next, don't be too hard on yourself. Even now, after all you've done, you can still go home. Lucky you."
— John Konrad
Advertisement:

Spec Ops: The Line is one of the darkest games ever, but that doesn't mean it can't warm our hearts a little — deep darkness makes faint light brighter.

You are still a good person.