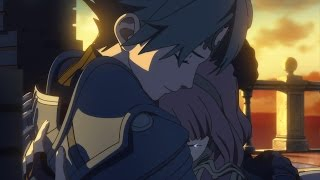 That hug has been waiting seven years to happen.
Advertisement: