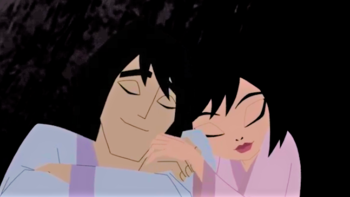 Back in the past, at long last, with the love of his life.
Advertisement: