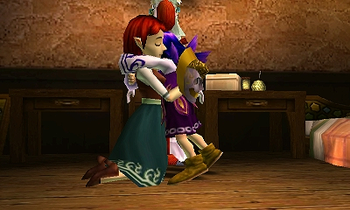 "But, my, you have managed to make quite a number of people happy. The masks you have are filled with happiness."