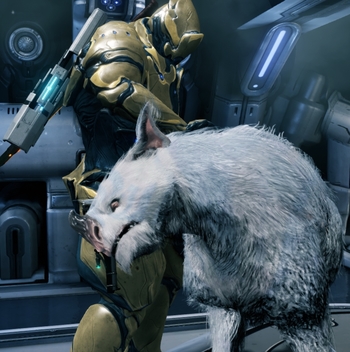 Proof that badass metal space ninjas have a heart.
Advertisement:

Even in the darkness that is Warframe's future, these moments show that it's not all bad out there.