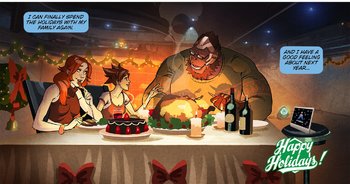 Just a time-bending pilot, her girlfriend, a talking gorilla scientist, and a sentient A.I. having Christmas dinner together.
Advertisement: