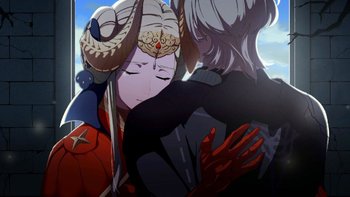 "Welcome back, my teacher. I'm so happy that you're safe."