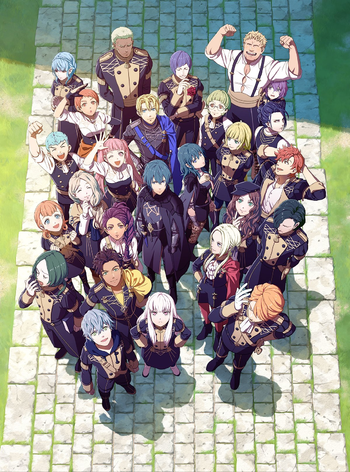 Due to the large amount of characters spread out among multiple factions across the game's various routes, this character page is split into multiple sections.

Advertisement:
open/close all folders
The Three Houses (In General)

The houses of the Officers Academy are each made up of students from one of three nations in Fódlan. They are the titular protagonist groups of the game. As a teacher, the player gets to choose one of them to lead and instruct.