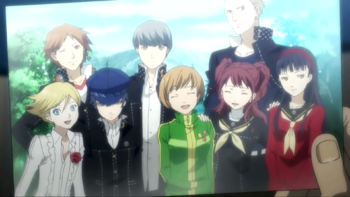 "Our hearts are one. Right, sensei?"