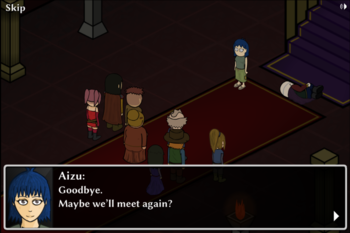 For all its dark humor and grim themes, World's End is not without it's touching moments.