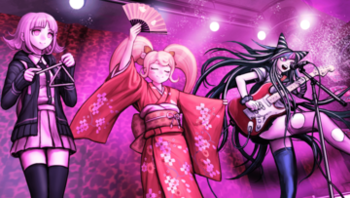 Even Hiyoko performs in the victim's memory.