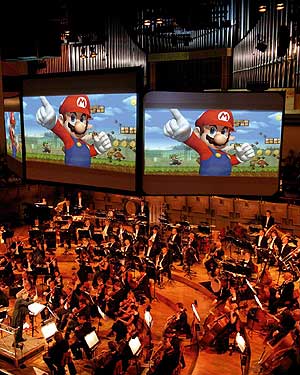 "I love the fact these albums always come with a free game!"
— Common meme relating to the quality music of the following examples
Advertisement:

We've come a long way since bleeps and bloops, huh? Not that there's anything wrong with that, mind you. This page indexes several examples of Awesome Music in Video Games.

(Note: If you come across any examples that were Screwed by the Lawyers or belong to suspended/terminated YouTube channels, or deleted by the uploader, please remove the links and if possible replace them. This is especially true after BrawlBRSTMs3's channel's videos were deleted starting in mid-2019, leading to its termination in August.)

open/close all folders
A-E
F-J
K-P
Advertisement:
Q-Z
Creators with their own pages
Unsorted Examples
Note: The following examples need to be moved to individual pages for each game.