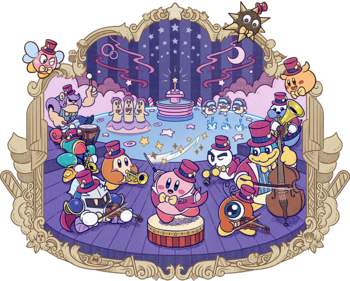 The peerless pink puffball presents a plethora of paramount performances!
Ever since the Game Boy days, the Kirby series has consistently been home to some truly great music, ranging from being so upbeat and happy that it could cheer up even the most depressed, to being surprisingly dark, tense and/or epic.

Moments pages are Spoilers Off.