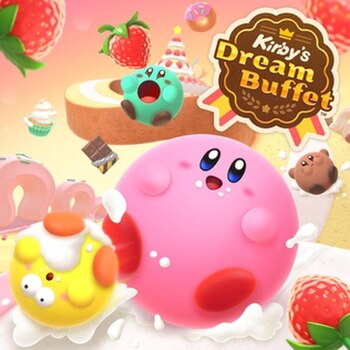 A smorgasbord of four-player fun.
Kirby's Dream Buffet is a multiplayer racing Nintendo Switch game developed by HAL Laboratory and a part of the Kirby series. The game is a racing game where multiple players playing locally or online take the role of multiple Kirbys who must roll through food-themed areas to collect as many strawberries as possible, with the one who eats the most at the end of the course winning. The game was announced on July 12, 2022 and released on August 17, 2022.
Advertisement: