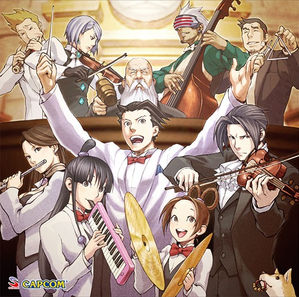 Your Honor, the defense submits this evidence to the court as proof of the Ace Attorney franchise's excellence in music!

Phoenix Wright: Justice for All

In general, the Trials and Tribulations soundtrack is considered to be the best soundtrack in the franchise, in no small part due to Noriyuki Iwadare, legendary Japanese video game BGM composer. Also, being the final game in the Phoenix Wright Trilogy, Trials & Tribulations features court themes with a strong sense of finality to them that make the atmosphere of the court heavier than at any other point in the series.

Note: Character names listed here are from the fanmade translation.