Phoenix: OBJECTION! Your Honor, this series has too many awesome moments for a single page!
Judge: Objection sustained. Take moments specific to the Phoenix arc, Apollo Justice, Investigations, Dual Destinies, The Great Ace Attorney, Spirit of Justice, or the anime to those pages, please.
I hereby find the defendant... 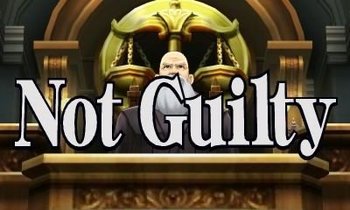