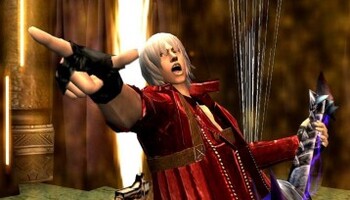 Dante sure knows what music gets the demon-slaying party going.
Advertisement:

One reason the party's always so cuhrayzee in Devil May Cry is its selection of music.