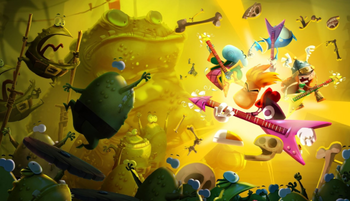 (All music is available at RayTunes

This game has a lot - its eerily beautiful soundtrack is a major factor of its success.