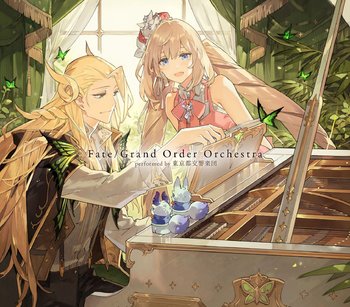 Both the original tracks and music borrowed from other Fate works are enough to have the player stop farming just to listen to it all the way. Later on, in the game's first story cycle in particular, once they had a larger budget, the music got very good. Here's a playlist with (most of) the game's songs

. For specific examples, see below:

Arc 2: Cosmos in the Lostbelt