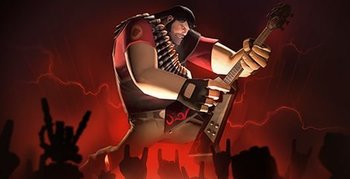 For a War-themed Hat Simulator, Team Fortress 2 has some awesome music, either by Valve or by the Community.
Advertisement:
open/close all folders
Official Soundtrack
Remixes and Covers