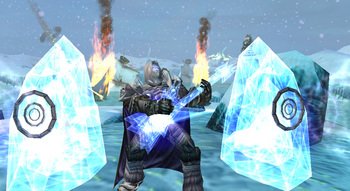 Warcraft II: Tides of Darkness + Beyond the Dark Portal