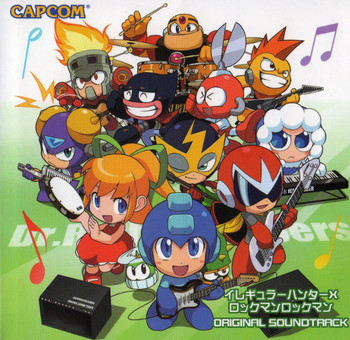 What's Mega Man without some mega music? It's called "Rock Man" in Japanese for a reason, guys!

Music from the Ruby-Spears cartoon series.

Music from the Megaman.EXE anime: