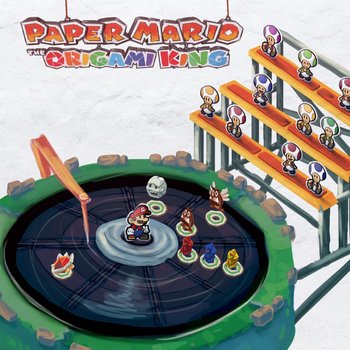 These enemies aren't the only things you'll want to spin on a record.note  Mock-up OST Cover art with permission from hugoh2pixels.

Don't think that just because it's an RPG spin-off series that Paper Mario is any less amazing in the music department. These soundtracks are far more than they seem on paper.