"Hey! It's the character page for the Paper Mario subseries! You know, it really does have a lot of characters, huh? Max HP is 10, attack is 2, defense is 0."

"...Do you think it's the page itself attacking us, or the spirits of all the characters on it? ...Hmmm..."

Characters originating in the main series like Mario, Peach, and Bowser can be found on their respective pages.

All spoilers on these pages are unmarked. You Have Been Warned. 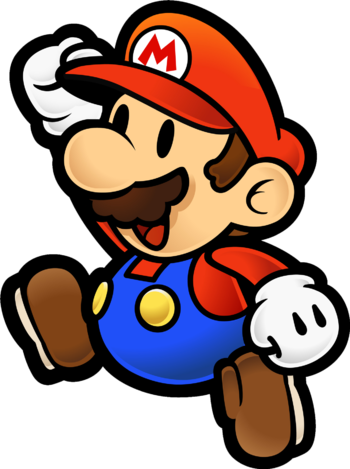 The hero as always. When not busy saving Princess Peach, he is saving the world. 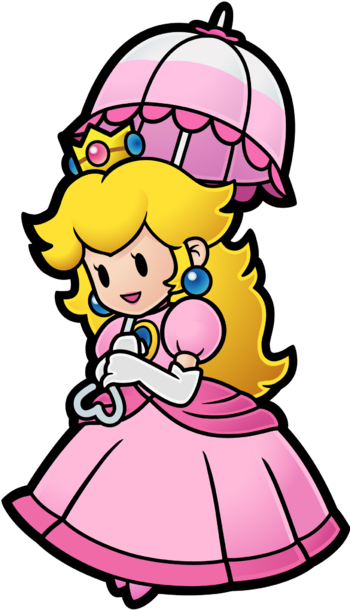 The fair princess of the Mushroom Kingdom who frequently gets kidnapped, but that doesn't stop her from helping the way she can. 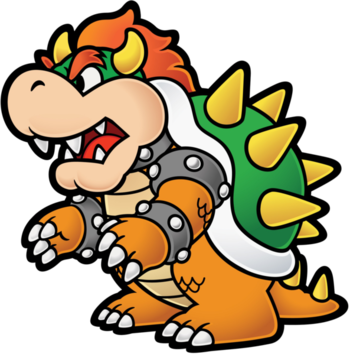 The King of the Koopas, who antagonizes Mario and doesn't like competition when it comes to playing the villain. 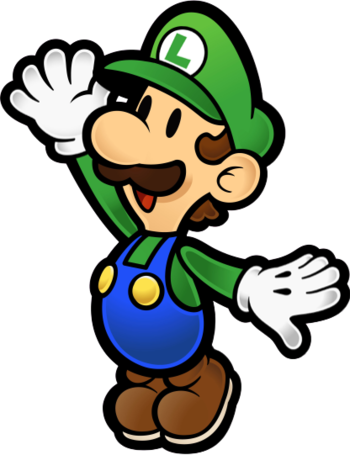 Mario's underdog brother, not as heroic but still brave and adventurous.