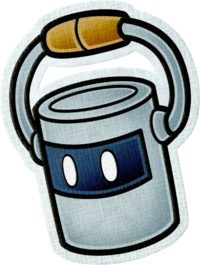 "Anyway, now that I'm awake, you wanna grab a burger or something? Your treat."

A paint bucket-like creature who helps Mario restore Color to Prism Island. Huey is determined to save the Big Paint Stars and is generally kind-hearted, though he's not above materialistic vices.

A bunch of 3-dimensional items found here and there on Prism Island.

Pry Guy
"When bad guys appear...
he fights without fear!"

A regular Shy Guy who found the wannabe-hero Toad's Journal and got inspired by it.

Shunned Guy
"Paint and suffering..."
"My favorite color is slurple!"

A terrifying Shy Guy miniboss found in the depths of the Indigo Underground.

An exiled Shy Guy who has donned a mask (atop his Shy Guy mask) and taken to a life of thievery. He occasionally appears on the world map, where he will mark a location with his calling card. If you don't head him off or defeat him, he'll suck the paint out of the location, reverting all of its colorless spots.

A Shy Guy who watches over the Laundry Machine in Vortex Island. 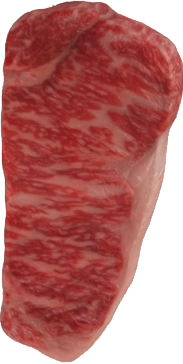 A living Steak that the VIP passenger wants Mario to serve for him at the Tangerino Grill.

Emerald Circus Performers
A line of enemy circus performers that are fought in the order of the Unicycle Shy Guys, the two Wild Dino Rhinos and their Animal Trainer Shy Guy, the Buzzy Beetle Tower, and the Trampoline Shy Guys.
Black Paint
An evil substance that Bowser unwittingly creates from mixing the colors on Prism Island's Prisma Fountain. Possessing the Koopa King, it commands him and his minions to paint the whole world black.

Big Paint Stars
Six Stars that grants paint for Prism Island. When Bowser accidentally gets possessed by the Black Paint, he scatters the Stars across Prism Island. After all the Big Paint Stars have been collected, they create a rainbow bridge to Black Bowser's Castle.
Rescue Squad V
A group of Toads dedicated to helping the people on Prism Island. There are five teams in all, each a different color.
Piper and His Friends
A group of childhood friends that have separated over the years. Mario can help them reunite in his journey by restoring their color and watch them reunite as a seed grows in an old hangout spot.
Action Toad

A Toad who runs the Action Command Dojo.

Know-It-All Toad
A Toad who gives hints on what "Thing" you need to progress.
The Wringer

"See, once you get your first squeeze, you never wanna let go. You're hooked. That's how I turn a profit."

A Toad who sells "Things" to squeeze.

Deep Cuts Toad
A Toad who gives hint on where to find "Deep Cuts".
The Chosen Toads 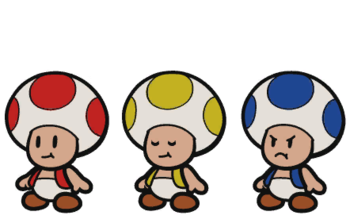 Three special Toads who are quite literally the key to open the gate to Crimson Tower.

The Five Fun Guys
Five green Toads and their manager who are part of the Oceanfest celebration at Bloo Bay Beach.
The Professor & Princess
An archeologist and his pet Chain Chomp, living at Chateau Chanterelle.
The Ghostly Toads 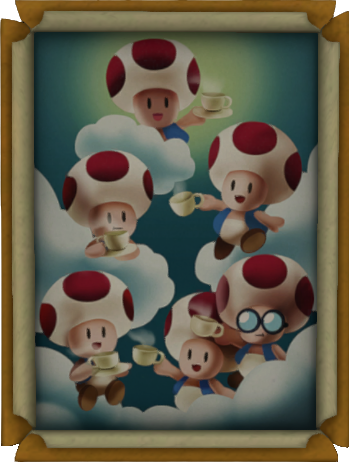 The Captain & his Crew
A Toad who goes on a voyage with a trio of Toads through the Violet Isles.
Sunset Express Conductor

The operator of the Sunset Express.