The Mario Bros. are the protagonists of the series, as the name implies. Mario is The Everyman and the all-around hero, while Luigi is the quirky, cowardly, and much more developed sidekick. Together, they fight Bowser and/or whatever threats that come their way, utilizing power-up items and their own natural abilities.

Tropes that apply to both of the Mario Brothers: 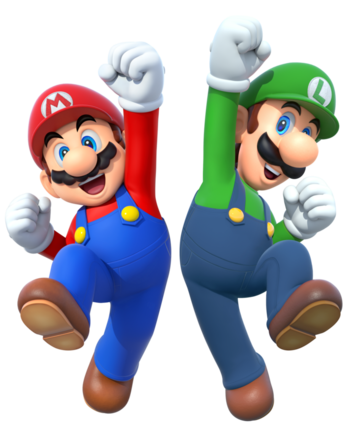 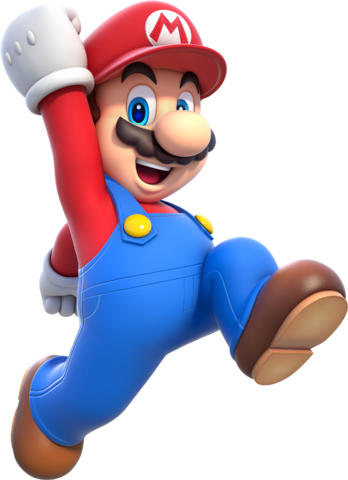 The Hero and The Everyman. A master of none, yet versatile in every sense of the word. Nintendo's biggest Mascot, Fun Personified, and at one point more iconic than goddamn Mickey Mouse.

A short, stocky Italian plumber and inhabitant of the Mushroom Kingdom. He is primarily charged with saving the perpetual Damsel in Distress, Princess Peach Toadstool, from the clutches of King Bowser Koopa and his minions. Since his debut in Donkey Kong in 1981, he's gone on to take many different professions, such as a golfer, tennis, doctor, and go-kart racer.

Mario has a rather simple personality. Aside from his cheerful get-up-and-go attitude, bravery and occasionally being quick to anger; he's primarily a silent protagonist through which the player gets to experience the game. 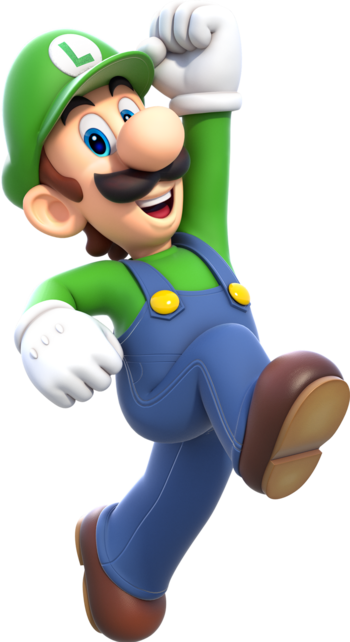 Mario's taller, marginally younger, and not-quite-as-famous (for a given value of "not-quite-as-famous") twin brother. Eventually got his own proper game in Luigi's Mansion. Unlike Mario, Luigi is more of a reluctant (read: cowardly) hero who would rather stay at home than save the world, but he always pulls through in the end. He has been shown to be quite brave on other occasions as well. Luigi is often paired off with Princess Daisy.