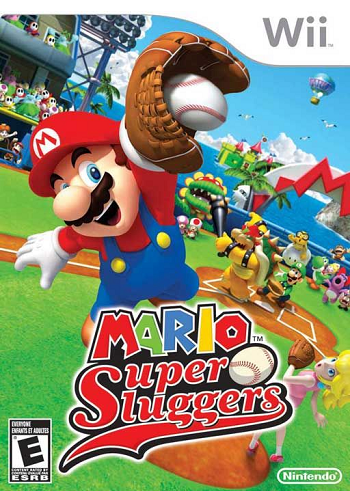 Mario Super Sluggers is a Mario baseball game for the Wii released on June 19, 2008 in Japan and August 25, 2008 in the United States.

Mario and his friends arrive in the Baseball Kingdom, an island with several ballparks where all of them can have fun playing ball. The conflict begins when Bowser Jr. takes over the island and Mario has to make a baseball team for himself so he can take on Junior.

This game can be considered a Sequel to the GameCube's Mario Superstar Baseball. Mario Super Sluggers features a new collection of minigames, a new Challenge Mode, new characters and new ballparks.

The game was never released in Europe and Australia because the sport is not popular in those areas and because Mario Kart Wii was being produced at the same time. Interestingly, this is the only Mario Wii game that wasn't released in these areas.