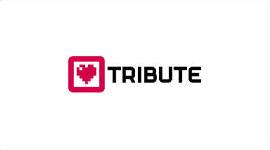 are a Canadian independent video game development studio located in Montreal, Quebec. The company was founded in 2011 by ex-Ubisoft Montreal staff members Jonathan Lavigne, Jean-Francois Major and Justin Cyr, previously known for their work on Scott Pilgrim vs. the World: The Game. They’re known for creating 2D indie games seeking to replicate the atmosphere of the 80’s titles in their works. This includes the graphics, sound effects, and of course, their extreme difficulty.

Games in their library:

Tropes featured in their work: