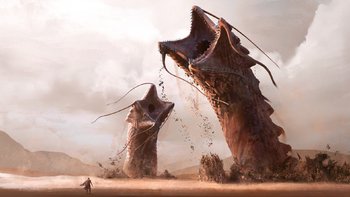 An attack that a Mole Monster can use on targets. Opponents are at the mercy of such an attack if they have no way of hitting the user underground and have to wait until the user breaches from the surface. May involve Fast Tunnelling and Worm Sign.

May overlap with Barrier-Busting Blow or Ankle Drag.