This is a page for the 1993 American live-action film of Super Mario Bros., a radically different continuity from the rest of the Super Mario Bros. franchise. For portrayals from the games, see their respective pages. 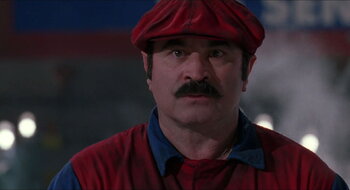 Played by: Bob Hoskins
Voiced in French by: Daniel Russo

The older of the Mario Brothers and the boss of Mario Bros. Plumbing. While a middle-aged and portly Italian-American man, Mario has a decent head on his shoulders and is an honest worker, especially compared to his competitors the Scapellis. He gets dragged into the adventure when he and Luigi accidentally discover a secret passage into Dinohattan. 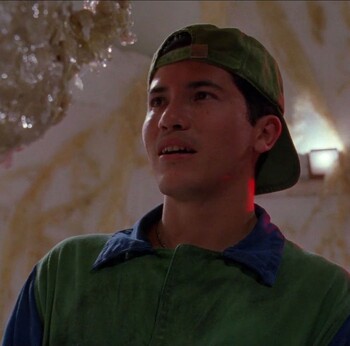 Played by: John Leguizamo
Voiced in French by: Emmanuel Curtil

The younger Mario brother, a college-aged young man, and an apprentice plumber. Luigi is a dreamer and an optimist who believes anything can be possible, and he quickly falls head-over-heels for Daisy upon meeting her.
Daisy 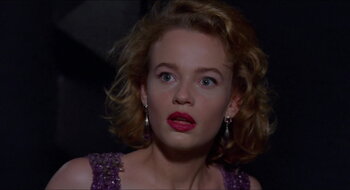 Played by: Samantha Mathis
Voiced in French by: Claire Guyot

A paleontology student who forms a romance with Luigi, Daisy is actually the lost princess of Dinohattan, and is kidnapped by Koopa in order to merge the two worlds together.
Advertisement: 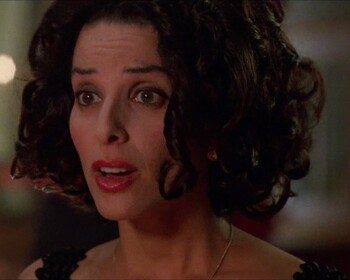 Mario's girlfriend who works at the local tanning salon. Daniella isn't the brightest but sincerely loves Mario. She's kidnapped by Iggy and Spike when they mistake her for Daisy.
Anthony Scapelli 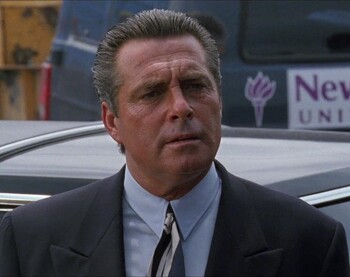 Played by: Gianni Russo
Voiced in French by: Benoît Allemane

The owner of a construction conglomerate and several other services, including plumbing. Scapelli is dishonest and slimy, only caring about money.
Doug & Mike

Two goons under Scapelli's employ. Like their boss, they tend to do shady business, and sabotage Daisy's construction site under his orders. In a deleted scene, they steal a job at the Riverfront Cafe from Mario and Luigi. 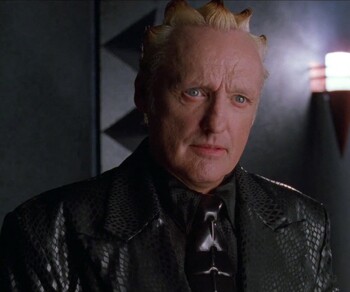 Played by: Dennis Hopper
Voiced in French by: Dominique Collignon-Maurin

The so-called President of Dinohattan, having forcibly taken the position from its previous ruler, the King, and changed it in his image. He plans to merge his dimension with Earth to plunder the human world's resources.
Lena 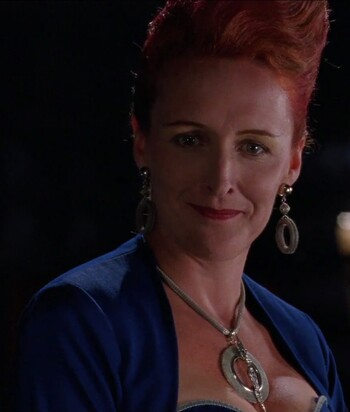 Played by: Fiona Shaw
Voiced in French by: Perrette Pradier

Koopa's lover and a power-hungry villainess who will stop at nothing to ensure the conquest of the human world. She is intensely jealous of Daisy.
Iggy & Spike 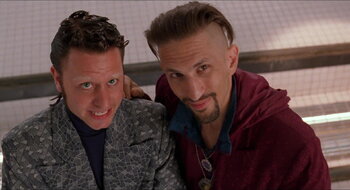 Iggy on the left and Spike on the right.

Koopa's cousins and main henchmen. They're initially very dumb, but later have their intelligence boosted by the de-evolution chamber... not that this helps them. Realizing the depth of Koopa's evil, they betray him and help the heroes.
Big Bertha 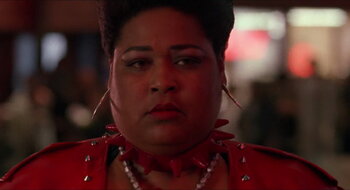 The bouncer at the Boom Boom Bar, she steals Daisy's meteorite pendant when an old lady mugs the Mario Bros., and escapes using the jet-powered Thwomp Stomper boots. She later falls in love with Mario.
Yoshi 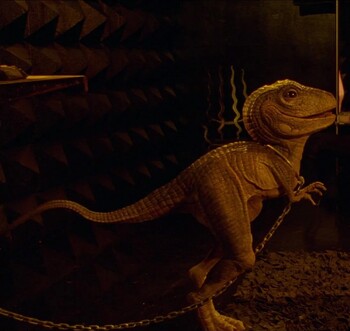 A dinosaur pet of the royal family. Koopa keeps him in chains and abuses him, while Daisy quickly bonds with him.
Toad 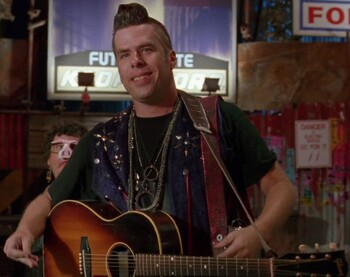 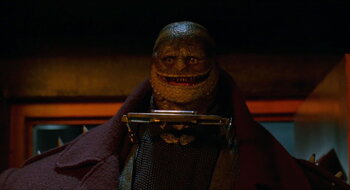 A busker who sings an anti-Koopa protest song and is de-evolved into a Goomba as punishment.
The Mushroom King 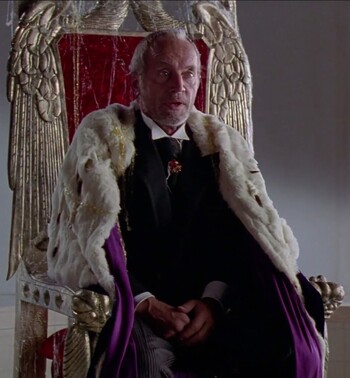 Played by: Lance Henriksen
Voiced in French by: Benoît Allemane

Daisy's father, who was turned into a citywide sentient fungus as Koopa's first victim of the de-evolutionary process.