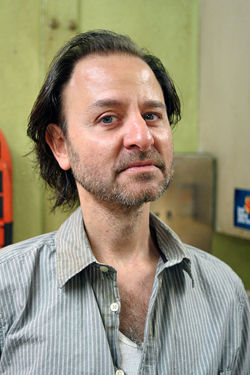 He won the Academy Award for Best Documentary in 2010 for co-producing The Cove. But perhaps he is best remembered for playing an Indian despite being Caucasian (complete with phony Indian accent) in Short Circuit and for dating Michelle Pfeiffer.

He is good friends with actor Rob Morrow and they regularly ski together. Stevens guest starred on NUMB3RS as criminal John Buckley.