The character page for Yoshi's Island and its related games.

Of all the Mario Spin-Off franchises there is, Yoshi's Island is perhaps the one that resembles its mother series the most gameplay and story-wise, with many of the characters featured here having prominent roles in the main Mario games as well. In any case, the Yoshi games still have quite a few characters that are heavily (if not, exclusively) tied to them. 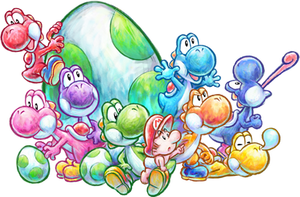 A tribe of cartoony, colorful dinosaurs who stumble into Baby Mario after the latter falls from the sky (due to a mid-flight kidnapping attempt from Kamek while the stork was flying over by Yoshi's Island) and onto the back of an unsuspecting member of the group. Noticing that Baby Mario seems to know where his kidnapped twin brother is being held, the Yoshis decide to journey towards the Koopa Kingdom with the intention of reuniting the two baby brothers so they can be safely delivered to their parents. Even in games where Baby Mario isn't involved though, the Yoshis still have to deal with Baby Bowser's evil, childish whims that usually target them.

You can check their full profile here. 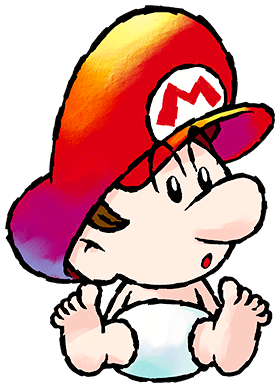 The infant form of our hero, Mario. Separated from Baby Luigi while being delivered by the stork, Baby Mario appears to be mysteriously able to pinpoint where his younger twin brother is being held. He's too young to do anything by himself though, leaving it to the Yoshis to protect and watch over him while following his guidance. 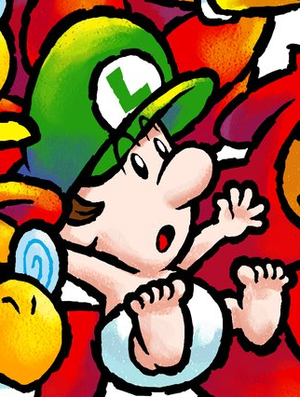 The infant form of our other hero, Luigi. He was kidnapped by Kamek mid-flight and taken to Bowser's Castle in the Koopa Kingdom. 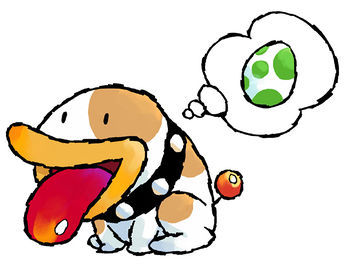 Yoshi's dog, a creature that has a head similar to a Piranha Plant and a ball for a tail. He's completely invulnerable and is able to walk across lava and spikes, serving as a mount for Yoshi or reveal special items. Since Yoshi is already used as a mount by humanoids, Poochy is proportionately gigantic. 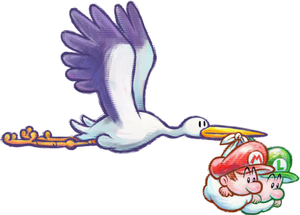 The stork responsible for delivering Baby Mario and Baby Luigi to their parents. While it's captured alongside Luigi in the original Yoshi's Island, the stork returns as a supporting character in subsequent games. 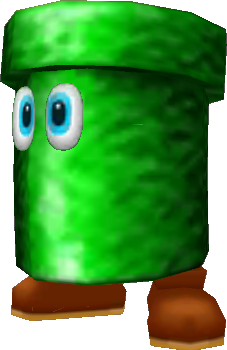 A mysterious living Warp Pipe who helps out the Yoshis by providing them with useful items should they struggle too much in specific levels.
Blockafellers 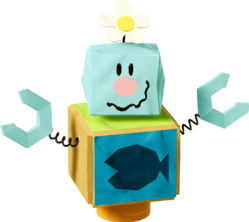 Friendly cardboard characters that are responsible for opening new levels in Yoshi's Crafted World, should Yoshi refuel them with enough collected Smiley Flowers. 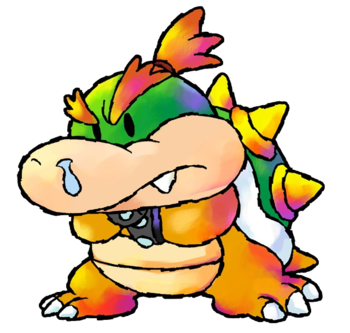 Baby Bowser (also known as Baby Koopa) is just that: Bowser Koopa as an ill-tempered young tot. Even as a youngster, Baby Bowser was often up to no good, causing lots of trouble for the inhabitants of Yoshi's Island. He’s the main antagonist of the Yoshi’s Island series, and has appeared as a major antagonist in other Mario games like Mario & Luigi: Partners in Time. Not to be confused with his future son, Bowser Jr., whom he greatly resembles.

For his adult self King Bowser see here

Kamek
Baby Bowser's caretaker and the Yoshis' most recurring opposition. Kamek has knowledge of the future, where his master frequently has his evil schemes foiled by a certain pair of brothers. As a result, Kamek desperately attempts to change fate by kidnapping the Mario brothers while they're still infants, although he usually only manages to capture one of them.

You can check his full profile here. 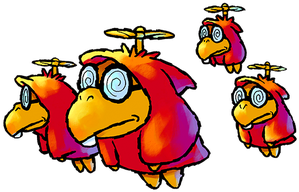 Kamek's personal henchmen. Weird-looking Magikoopas(?) that usually act in groups of four, always being ready to snatch Baby Mario away when the opportunity presents itself. 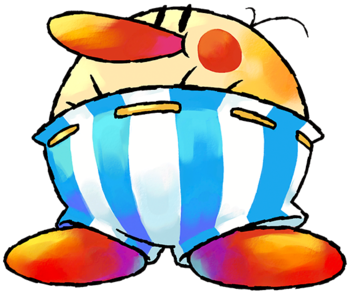 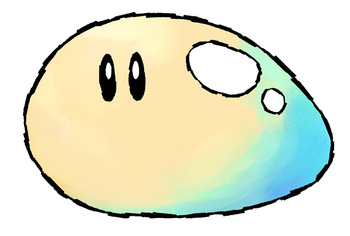 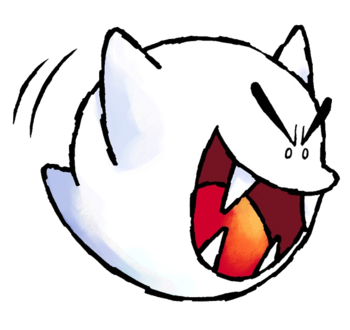 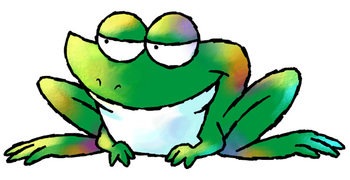 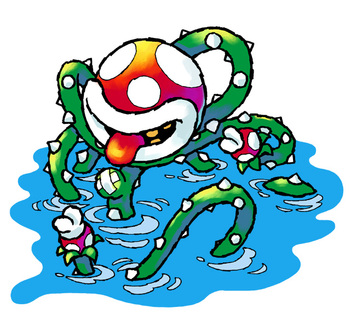 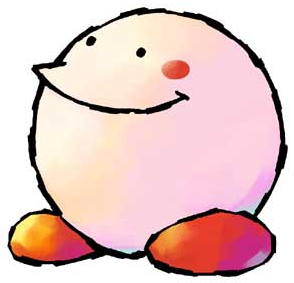 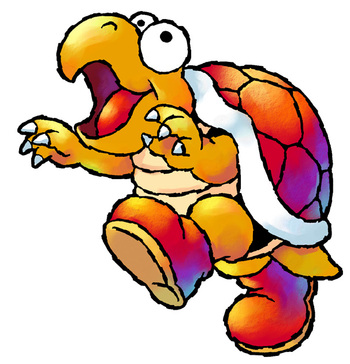 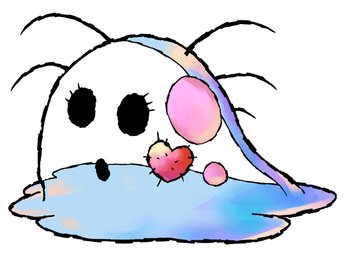 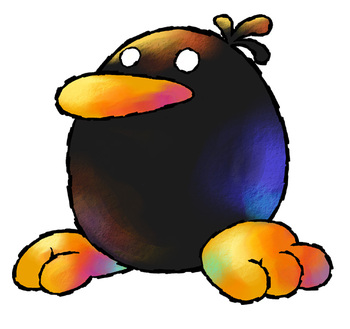 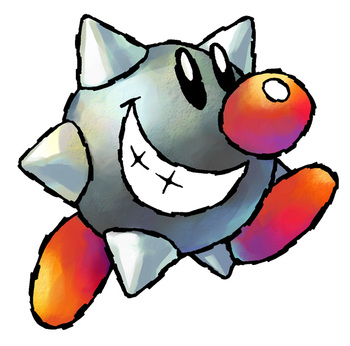