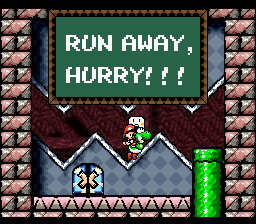 This can't be good...
Don't be fooled by its cutesy appearance. Yoshi's Island has many frightening elements.
Advertisement: