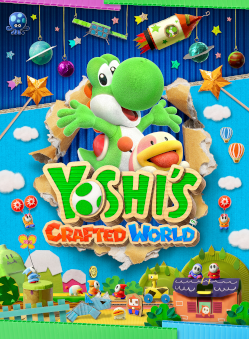 First announced in 2017 and released on March 29th, 2019, Yoshi's Crafted World is a game in the Yoshi's Island series for Nintendo Switch. Developed by Good-Feel, the game is a sequel to Yoshi's Woolly World as well as a Spiritual Successor to the company's earlier game Kirby's Epic Yarn.

The game stars Yoshi who appears to be made out of crafted fabric rather than felt. He is able to throw eggs in a three dimensional plane for the first time.