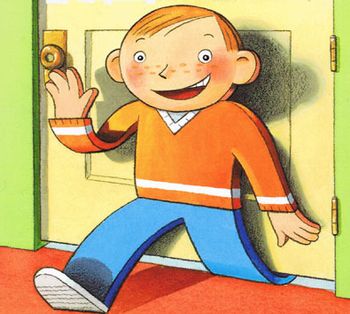 "Being paper thin, I'll just slip in quietly through the crack in the door! Hahahahahaha!"
— The Infamous Paper Doll Man

This is when a character is quite literally paper-thin, as if they were a paper cutout. This can also apply to normally three-dimensional characters who have been flattened as a result of, say, a 300-pound weight being dropped on them.

Not to be confused with Flat Character.