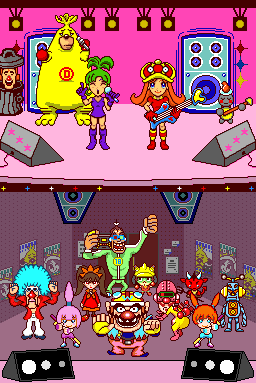 Like its sister series, WarioWare is filled to the brim with awesome and catchy tunes, some of which will very likely give you the irresistible urge to get down and boogie till you catch fire!

First of all, it's very telling of its status as a Megamix Game that most of the tracks on this page are available to listen to as Records in Gold.

WarioWare Get It Together!